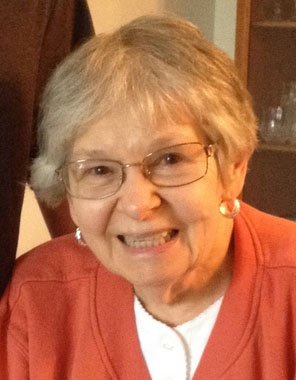 Agnes Ilisevich, 90, of Gibsonia, passed away June 29, 2020. Agnes was born in Scottdale, on August 23, 1929, a daughter of the late Michael and Anna (Hirka) Zerilla.
On June 6, 1959 Agnes married Robert Ilisevich; he survives. She was an active member of St. Agatha Roman Catholic Church and the Altar and Rosary Society.

Agnes retired from Meadville Medical Center where she was employed as a Registered Nurse. A graduate of Scottdale High School, Agnes was also a graduate of UPMC Mercy School of Nursing. She served as a Brownie and Cub Scout Leader. In the years following her retirement, she and her husband enjoyed many years of traveling together. Throughout her life she was a devoted wife, mother and grandmother. Her hobbies included bowling, knitting, participating in card clubs as well as Silver Sneakers. Her family and faith were very important to her. Agnes will be sadly missed.

Agnes will be laid to rest in St. Agatha Cemetery, Meadville.