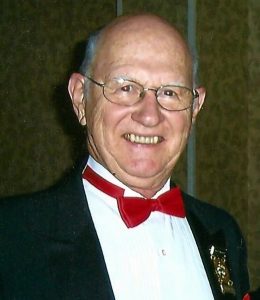 POMIANOWSKI, ALFRED B. “AL”, 86, PASSED AWAY PEACEFULLY ON SUNDAY, SEPTEMBER 9, 2018 AFTER A SHORT CARE WITH SUNCOAST HOSPICE.

Al was brought up in Gary, and moved with the family to Florida in 1948, where he graduated from South Broward HS. He then enlisted in the USAF and served in the Korean Conflict until 1956. In 1957 he attended Alliance College in Cambridge Springs, PA. where he and Patty met. He graduated with an AS degree Applied Science in 1959.

In 1960 he and Patty were married in Chicago and shortly afterwards moved to Hallandale, FL where they began their family.

Honeywell brought them to the West Coast of Florida where they made their home in Largo. Al furthered his education at USF where he earned his BA and Master of Education degrees. He taught electronics in post-secondary school.

Al was a part time Insurance Agent for the Polish National Alliance of the USA. He helped found and charter Largo Lodge #3189 PNA in 1968. He held many offices in the Lodge. He eventually was elected to the National Office of Commissioner and held that office for many years. Afterwards, he was elected as National Director for a short time. Al was very active in the Boy Scouts of America starting with Cub Scout Leader Pack 465 and moved with his sons to Boy Scout Leader, Troop 465, and St Patrick’s. He served on the Catholic Committee on Scouting, Diocese of St. Petersburg. He was a member of the Order of the Arrow and was awarded the St George Emblem.

Al was active in the Florida Fraternal Congress for many years, holding several offices. He attended and helped organize many of the conventions providing the Honor Guard and Special Honor Guard for Armed Forces day.

He has been an active member in the Knights of Columbus, Msgr. John McCall Council #4892 Largo, where he was youth director and conducted the “Hoop Shoot” and “Soccer Challenge” for many years, and Archbishop Joseph P Hurley Assembly #1448 Fourth Degree where he served as Commander of the Honor Guard for several years.