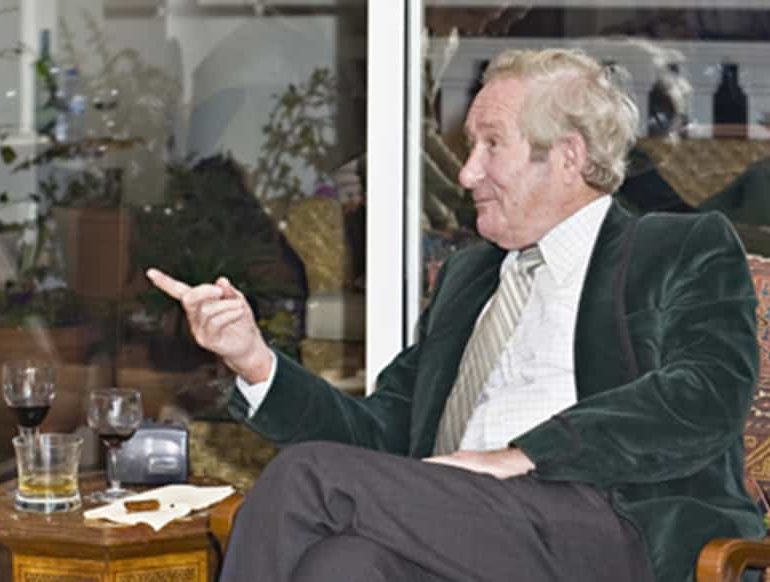 Brains and charm don’t always go together but the journalist Andrew Borowiec, the author of a highly praised memoir of wartime Poland, Warsaw Boy, that was translated into Italian, Greek and Polish, had plenty of both. “The best ever account of what it was like to be young and fighting in the Warsaw Uprising,” declared The Observer’s Neal Ascherson.

As Andrew aged, his public persona increasingly resembled a character that might have stepped from the pages of a Joseph Roth novel, a gallant beau sabreur escaped from the debris of the Austro-Hungarian Empire in which until 1918 his father had indeed served as a German speaking Polish colonel.

The colonel’s son first came to live in Cyprus in 1974 when he was in his mid-forties and he and his English second wife Juliet started their married life together in a house overlooking Kyrenia harbour. They almost lost the first draft of what would become Warsaw Boy in that summer’s Turkish invasion though at the time, as more contemporary reports of rape and massacre abounded, they were more concerned with making a hiding place for Andrew’s teenaged daughter Lisa who had joined them for her school holidays.

Apart from an interlude in Washington DC, where he worked for the Washington Times, for the best part of the next 40 years he would be based in Cyprus from where he travelled to cover the fighting in Lebanon and the former Yugoslavia. He was last shot at in Croatia when he was 63. In the 1990s he often contributed to the Cyprus Mail and came to an arrangement with its editor to be paid in cases of wine.

After the Turkish occupation of northern Cyprus the Borowiecs moved to a flat in Greek Cypriot controlled Nicosia where they entertained lavishly. Dressed in a green velvet smoking jacket Andrew would greet his lady guests with a short bow and a kiss on the hand while his music system played various lively military airs. These invariably included the Radetzky March, Strauss’ celebration of the eponymous field marshal’s defeat of the first Italian rebellion against Viennese rule and the title of Roth’s best known work. In winter there was always a blazing log fire though after the chimney ignited Juliet tried to curtail them.

Those gathered around the Borowiecs’ table on these cosy, bibulous and often cosmopolitan occasions were quite likely to be addressed by Andrew in their native French, German, and occasionally Russian. English, spoken with a faint and somewhat gravelly American accent, was his first language. He would earn his living with it for over 50 years and mostly dreamed in it.

Yet, unlike the French and German he acquired in childhood, he hadn’t spoken a word of English until he had just turned 16 and arrived at a large international prisoner-of-war camp near Berlin. His first English teachers were the captured British army medics who were treating the mortar shrapnel wounds he had received towards the end of the 63-day Warsaw Uprising. 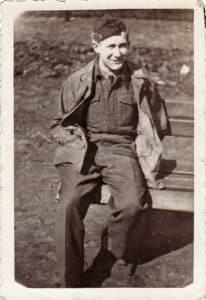 Andrew was hit the day after his 16th birthday while firing at Germans advancing on the manhole cover that was going to be the hatch to his next escape route through the city’s sewers. Six years later his English was good enough to talk his way into Columbia University’s Graduate School of Journalism in New York. This and the French and German he had learned as a child, got him a job with Associated Press where his byline was anglicised from Andrjez to Andrew Borowiec. By1956 he was part of the news agency’s Paris bureau from where he covered wars and revolutions in francophone former colonies such as Algeria, the Belgian Congo and Vietnam.

But other people’s wars never matched his memories of growing up in a wartime Poland that, before Hitler turned on Stalin and invaded the USSR, was jointly occupied by Russian and German troops. He saw his first killing aged 11 when a Soviet sentry sniped a tottering figure heading for the German zone across a frozen river. Jews came the other way. Enemies of the Reich dangled from roadside gibbets; intermittent gunfire sounded night and day as, despite horrendous reprisals, Poles continued to resist and a generation the Nazis forbade education beyond 14 attended clandestine classrooms. It was at one of these that an older boy recruited him to the secret Home Army whose loyalty was to the government in exile in London. Boys his age were supposed to be used as couriers but when the time came Borowiec started the way he intended to continue.

“Somebody shouted, ‘Throw the grenade!’” he wrote in his long delayed memoir begun with notes pencilled on Red Cross toilet paper in Stalag X1-A and eventually published in 2014 by Viking-Penguin. “I looked around then realised this command was directed at me. I pulled the pin and hurled it through the nearest widow. I remember thinking I’ll never be able to live back with my mother after this.”

As his SS killers began to take heavy casualties Himmler called it: “The worst street fighting since Stalingrad.” In the course of it Borowiec crawled through sewers, shot his way through close quarters gunfights, saw his friends killed and avenged them. Once he had staggered firing out of the ruins of a house that, as the prelude for an infantry assault, had been blasted apart by something the Germans called a Goliath: a suitcase sized unmanned wire guided miniature demolition vehicle on caterpillar tracks. On sentry duty at a ground level basement window Borowiec had spotted the Goliath approaching in beetle-like stops and starts. The basement was crowded with wounded and he tried to raise the alarm but a doctor shushed him for disturbing his patients. By the time it exploded the teenaged veteran had reached the top step.

Andrew Borowiec skied until his 60s and worked until he was 75 but in 2015, in failing health, he moved with his wife to a care home originally founded for Polish veterans at Newton Abbot in South Devon. One of the first people he met there was the man who had recruited him to the Home Army 70 years before and was wounded alongside him in Warsaw.

He is survived by Juliet, who is the younger sister of the novelist Shirley Conran, and his son Andrew and daughter Lisa from his first marriage.