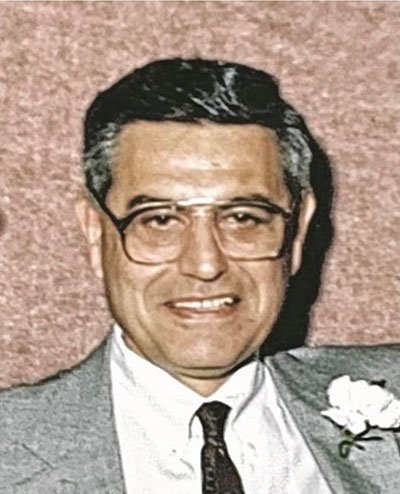 Amsterdam, NY– Cornelio T. Catena, Jr., 88 of Guy Park Avenue, Amsterdam, passed away March 1, 2022 at home surrounded by his loving family.
Born in Amsterdam on March 20, 1933, he was the son of Cornelio Sr. and Antonette Vertucci Catena. Cornelio was a man of faith, a loving and devoted husband, father and friend. His greatest joy in life was gathering with his family and creating and sharing memories. He was not only a true gentleman, but a gentle man.
Growing up, some of Cornelio’s fondest memories were of working with his family at Catena Bakery. He was educated in Amsterdam public schools. He received a scholarship to play basketball at Siena College and went on to graduate from Alliance College, Cambridge Springs, PA in 1958. He earned a Bachelor of Arts in History from Alliance and excelled at baseball and basketball during his time there.
He received a Master of Arts in Education from Albany State University in 1959.Cornelio served with the U.S. Army from 1954 to 1956, playing basketball in Okinawa, Japan and at Fort Bragg, NC. He began his career in education at Fonda-Fultonville Central Schools where he taught 7th, 8th, 10th and 11th history from 1959 to 1967. He was history department chairman and coached junior varsity basketball.
In 1967 he joined the staff at St. Anne Institute in Albany where, over 33 years, he was a grant and research writer, teacher, guidance counselor, vice principal, principal, assistant executive director, and associate executive director until retiring in 2000.
At his retirement celebration from St. Anne, he was honored with the dedication of a new building addition named the Catena Conference Center. He was involved in many community organizations including the Lions Club, serving as president. He was a trustee of St. Michael the Archangel Church, Amsterdam.
Cornelio is survived by the love of his life, Geraldine Riccio Catena whom he married on June 30, 1963, his six children, Annette Francisco, Christine Vocaturo, Michael Catena, John Catena, Julie Shannon, Sharon Catena-Rodriguez. Fifteen grandchildren, two great-grandchildren with a third on the way, sister-in-law Nancy Catena, and many nieces, nephews and cousins.
In addition to his parents, Cornelio was also predeceased by his brother, Gene Louis Catena, his sister and brother-in-law Augusta and Vince Russo and his in-laws James and Tina Riccio.
A funeral Mass will be celebrated on Saturday March 12, 2022 at 11 o’clock at St. Mary’s Church, Amsterdam. The family will receive visitors at the church one hour prior to the Mass.