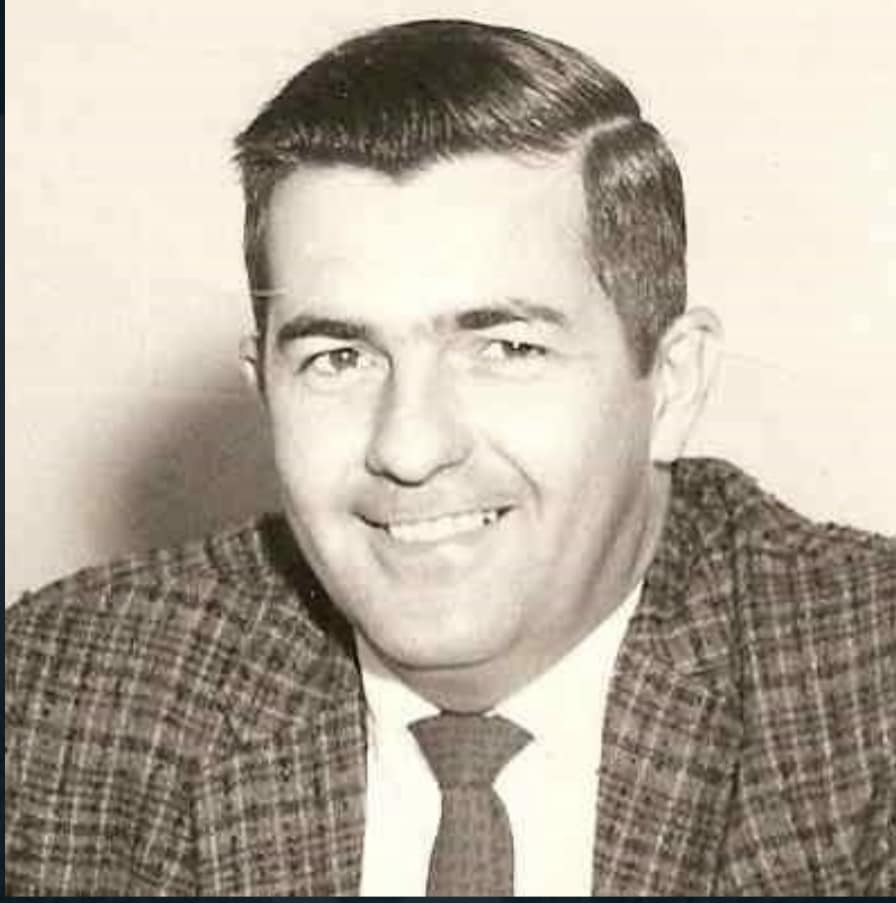 Lawrence Edward Nanns, Jr., 93 years old, recently of Riverview, Florida and a former resident of Edinboro, Pennsylvania, passed away peacefully on Wednesday, December 14, 2022 at Solaris HealthCare Center in Plant City, Florida.
Lawrence was born in Brownsville, Pennsylvania, February 6, 1929, and was the son of Lawrence and Sarah Nanns. When he was a child, his father worked in the coal mining industry and mother as a homemaker. Lawrence was raised on a farm during the Great Depression in Redstone Township, Pennsylvania by his maternal grandparents, James and Sara Merryman.
He learned the values of family and a strong work ethic while still having fun. After graduating from Redstone High School in 1947, Lawrence attended the California University of Pennsylvania receiving a Bachelor of Science degree in Education in 1951; then attended the University of Pittsburgh receiving a Master of Education degree in 1957; and attended West Virginia University in Morgantown, West Virginia receiving a Doctorate in Education in 1957.
Lawrence was the first person in his family to attend college and the only one to receive a PhD. Lawrence’s professional career spans 50 years with positions mostly in academia as educator at Uniontown School District; professor at West Virginia University; professor of Psychology and Student Teacher Supervisor, and Scheduling Officer as well as Vice President of Academic Affairs at Edinboro State College and Edinboro University of Pennsylvania (now Pennsylvania Western University).
He served as President of Alliance College in Cambridge Springs, Pennsylvania; and Assistant Provost of Hillsborough Community College in Tampa, Florida. Lawrence always encouraged those young people he met to pursue continuing education and to improve their future by developing a core set of skills and knowledge in the fields in which they wish to work. Lawrence also enjoyed serving as an academic advisor to the Alpha Phi Omega fraternity while at Edinboro University.
Lawrence served in the United States Air Force from 1951-1955 working as an instructor in the field of Air Traffic Control and was honorably discharged as a Staff Sergeant after assignments at Sampson AFB in Geneva, New York; Keesler AFB in Biloxi, Mississippi; and Langley AFB in Hampton, Virginia.
Lawrence enjoyed visiting extended family, golfing at Culbertson Hills Country Club, swimming, and playing card games (Poker, Pinochle, and Casino). He was especially skilled at winning, partly from his Irish luck, partly because of his strategy, but mostly from memorizing cards played. He had a very sunny disposition, could tell funny jokes well, had a very sociable personality and enjoyed conversation.
Lawrence was preceded in death by his brother Charles W. Pogue (2022) and son Jeffrey T. Nanns (1985). Lawrence is survived by his loving family, including his childhood sweetheart and devoted wife of 71 years, Jean Smith Nanns; sister, Patti Snow (John) of Edinboro, PA; brother, James Pogue (Linda) of Imperial, PA; sons Lawrence Nanns III (Kathy) of Valrico, FL and Scott Nanns (Beth) of Ormond Beach, FL; four grandchildren, along with eight great grandchildren; and numerous nieces, nephews, and cousins scattered throughout the country. Lawrence greatly loved and valued his family, and his close friends his entire life.
He appreciated the nursing staff and those who cared for him and his wife during the latter years at the Bridges Retirement Community in Riverview, Florida, and the wonderful nurses and staff at Solaris HealthCare nursing home in Plant City, Florida. He leaves behind many lifelong friends by whom he will be greatly missed.