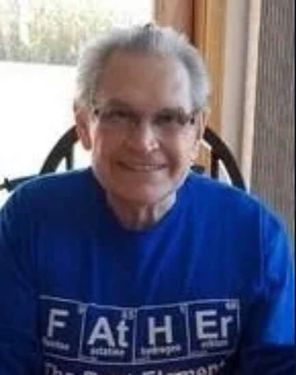 GALESBURG – Francis C. Kajencki, Jr., 77, of Galesburg, formerly of Tremont/Pekin, died at 8:30 a.m. Tuesday, November 24, 2020, at home with his loving wife by his side.
Frank was born in Port Jefferson, NY, on October 4, 1943, the son of Colonel Francis and Virginia (Bierasinski) Kajencki. He graduated from Alliance College, Cambridge Springs, PA, in 1965 earning a Bachelor’s of Science Chemistry Major with a Math minor. Frank then completed further training with a Fellowship at Syracuse University, NY, in the Chemistry Lab. He met Dorothy Boyer in Syracuse, and they were married in St. Clair, PA at St. Mary’s Roman Catholic Church on August 20, 1966.
Frank worked for the 3M Company in St. Paul, MN as a research chemist. After showing promising signs of a salesman, he joined the sales force which brought him to the Peoria area. He had a very successful career, becoming one of the top sales representatives for 3M. He truly enjoyed his time with 3M, and retired after 37 years.
Frank was an avid commemorative plate block stamp collector and tropical fish hobbyist. He loved gardening and sharing his harvests with the neighbors. He was a loyal Washington Redskins fan. Frank was of the Catholic faith and volunteered teaching catechism for many years. He was a loving grandfather, always reading books and playing card or board games. He was known for his $2 bills to reward good report cards. He made the best hamburgers.
Frank is survived by his wife of 54 years, Dorothy, five children – Jennifer Leichenauer, Rebecca (Raul) Martinez, Francis III (Jessa) Kajencki, Becky Becky (Jeremy) Smith and Elizabeth (Derek) Price, 3 grandsons and 11 granddaughters.
Private family funeral mass will be held at Immaculate Heart of Mary Catholic Church, Father Jacob Rose will officiate. Burial will be in St. Joseph Cemetery, Galesburg.