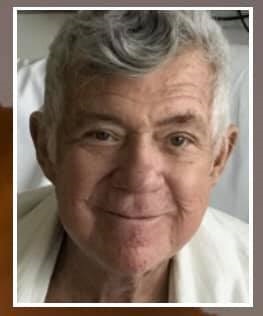 Frank A. Pawlowski, 77, of North Huntingdon, passed away Thursday, August 13, 2020 in UPMC Presbyterian Hospital. He was born September 17, 1942 in Vandergrift, a son of the late Leo A. and Mary (Kolodziejski) Pawlowski.
Frank earned his Associate Degree from Alliance College in Cambridge Springs in 1962.
He began working for CECO and Sargent Manufacturing Co. as a draftsman and worked his way up to sales engineer until his retirement in 2009.
He was president of St. Joseph Church Council, member of Knights of Columbus, Slippery Rock Campground, Duquesne Moose, PTG Duquesne Catholic School and the owner and operator of Marleno’s Pizza Shops in McKeesport, North Side and Clairton.
Frank enjoyed fishing, camping and spending time with his family and grandchildren.
He was preceded in death by his brother, James Pawlowski. He is survived by his loving wife of 56 years, Mary Ellen (Dill) Pawlowski; children, Frank (Claire) Pawlowski, Kathie (Edwin) Miller and Bryan (Michelle) Pawlowski; brothers, Eugene (Kathy), Robert (Paula), Dennis (Donna); sister, Patricia (David) Baumgartner; grandchildren, Autumn, Noah, Trinity and Alexis.