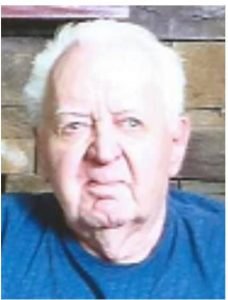 John Henry Berberich, “Jack”, 91 years old, of Erie PA and Peoria IL, passed away at the Pennsylvania Soldiers and Sailors Home on Sunday June 27, 2021 after an acute illness and battle with Alzheimer’s Dementia.
Born August 25, 1929 in Pittsburgh PA to John and Frieda Berberich, Jack graduated from Cambridge Springs High School and attended Alliance College in Cambridge Springs.
After serving the United States Army in the Korean War, he settled in Peoria Illinois and worked for the Caterpillar Company as a tooling engineer for more than 30 years. He enjoyed photography and time spent with chruch friends. He remained unmarried and was preceded in death by his only sibling, his sister Audrey Briggs of Cambridge Springs. He is survived by his two nephews; Mike Briggs of Silver Springs, MD and Dan Briggs of Cambridge Springs, PA
He was laid to rest in the cemetery of the Pennsylvania Soldiers and Sailors Home Cemetery with military honors.
Many heart-felt thanks to his friends Jon and Patty Arehart of Peoria Ill and Ken Putney also of Peoria Ill for their many years of care and support for Jack, and to all the caring staff of the Pennsylvania Soldiers and Sailors Home who made his final years truly enjoyable for him.