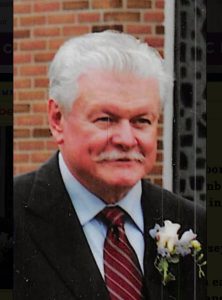 He worked as a chemist for Allied Chemical, but his computer skills led him to a career in programming with a focus on logistics.

On June 25, 2004 John married Janet Perkowski at St. Peter’s Catholic Church in Wellsboro where they were members. He was a member of the Wellsboro Men’s Chorus, and served on the board of directors of the Coudersport Arboretum Association. He was a talented builder and constructed more than one house for himself and his family. John loved learning and thoroughly enjoyed the game show Jeopardy. He was an avid outdoorsman and was an accomplished hunter and fly-fisherman.

He was preceded in death by his parents and first wife: Joan E. Bober.