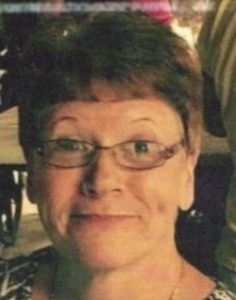 Joyce Eileen Brown, 70, of Cambridge Springs passed away on Monday, July 5, 2021, at Edinboro Manor after a long and courageous battle with cancer.

Joyce was born in Meadville on February 22, 1951, the daughter of the late George Davenport and Ora Brubach Davenport. She attended Cambridge Springs High School and married James Brown on March 1, 1969.

She had worked at Alliance College in Cambridge Springs until its closing.

She then was employed at Edinboro Manor for thirty years until retiring. Joyce was a member of the Pioneer Steam and Gas Engine Society and the Mill Village Presbyterian Church.

In addition to her parents, Joyce was preceded in death by a sister who died at birth; a brother, Donald Davenport; and her Australian shepherd, Molly.

Survivors include, husband, James Brown of Edinboro Manor; son, Timothy Brown (Deb) of Cambridge Springs; daughter, Robyn Keith (Tom) of Cambridge Springs; granddaughters: Tara Lippert (Cody) of Saegertown, Hayley Moses (Devin) of Erie, and Sadie Tobin (Andy) of Edinboro; sister, Arlene Mattera of Conneautville; sister-in-law, Shirley Davenport of Conneautville; and Arty her beagle that was rescued by A.N.N.A. Shelter. Joyce always had a special place for all dogs, and in lieu of flowers donations may be made to A.N.N.A. Shelter, 1555 East 10th Street, Erie, PA 16511.