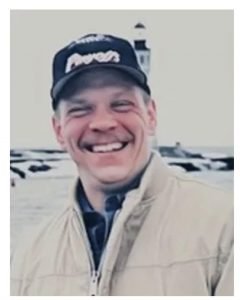 Michael J. Krawczyk, age 58, was from Harborcreek and formerly of Rochester, NY. He passed away on Monday, November 1, 2022, at UPMC Hamot due to massive injuries sustained from a car accident.
He was born on July 14, 1964, in Erie, the son of Dorothy B. (Osiecki) Krawczyk and the late Stanley M. Krawczyk. Michael was a 1982 graduate of Iroquois High School. He graduated from Alliance College in Cambridge Springs and attended Rochester Institute of Technology (RIT).
He was previously employed by Ameridrives, as well as several manufacturing companies in Rochester.
He enjoyed playing his guitar, fishing, and cooking for others. He will always be remembered for his generosity and care for others.
In addition to his beloved mother, Dorothy, Michael is survived by one son, Cory Hamilton (Jackie); one grandson, Ben Hamilton; his three siblings: Deborah Porsch (Gary), Kathleen Krawczyk, and Karen Momeyer (Mark); nieces and nephew: Mindy Klinar (Maxim), Kayla Momeyer, Marissa Momeyer, and Nick Momeyer; one aunt, Theresa Bolmanski, and her husband and Michael’s godfather, Frank; and godmother, Shirley Widomski.
Michael’s family would like to thank the UPMC Hamot ICU Critical Care Team for their extraordinary care. Family and friends are warmly invited to attend Michael’s Funeral Mass at St. Mark the Evangelist Church on Saturday, November 5, 2022, at 2 PM.
He will be entombed privately at Calvary Cemetery Mausoleum. Memorial contributions may be designated to the Erie City Mission, PO Box 407, Erie, PA 16512, or St. Mark the Evangelist Church, 695 Smithson Ave., Erie, PA 16511. Funeral arrangements have been entrusted to the Dusckas-Taylor Funeral Home & Cremation Services, Harborcreek.