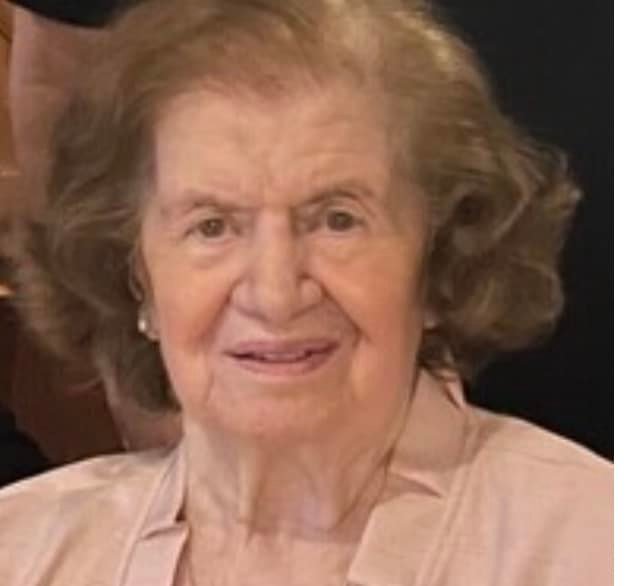 Friend of Alliance Eternal – Norma (Petrucelli) Zlocki. Sad to learn of the passing Mrs. Zlocki, wife of late alum Stanley Zlocki. ….
Norma Yvonne (Petrucelli) Zlocki passed away peacefully on Sunday, December 26, 2021, at the age of 96. She was born to Giovanni and Zita (Orsetti) Petrucelli on September 17, 1925, in Erie, Pa.
She grew up in Cambridge Springs, Pa., and graduated from Cambridge Springs High School, where she was an honor student and excelled in basketball.
After high school, Norma worked in the family restaurant, The Spa, in Cambridge Springs, where she developed her great cooking skills. This is where after his numerous visits to her family’s restaurant to see her, she met her soon to be husband, Stanley J. Zlocki, who was attending Alliance College in Cambridge Springs.
They were married on September 13, 1948. Norma and Stanley moved to Bellefonte, Pa., where Stanley attended and graduated from Penn State University. They then moved to Washington, D.C., where she attended and graduated from The Washington Business School while her husband attended the Catholic University School of Law.
She worked for the Burroughs Corporation as an Administration Supervisor until they decided to move to Kulpmont, Pa., where her husband set up his law practice in Mount Carmel and Kulpmont and she was the Office Manager.
While a resident of Kulpmont for over seventy years, she was active in many religious and civic organizations. She was an active member of Saint Casimir’s Parish and assisted with the organizing and fundraising efforts to develop CYO basketball at Saint Casimir’s Elementary School. She belonged to the PTO, the Golden Jubilee Committee, the Council of Catholic Women, the Altar Rosary Society, the Ladies Guild and the Newman Catholic Society. Civically, she belonged to the American Legion, the Ladies Lions Club, the Committee of the Kulpmont Centennial and an active member of the Kulpmont Chapter of the Area on Aging. She loved playing cards, especially pinochle.
She enjoyed cooking, not only her outstanding Italian dishes but also the Polish food she learned to make from her mother-in-law, Helen Zlocki.
Her Christmas cookies were locally renowned and included both Italian and Polish favorites.
As a devoted gardener, she loved her yard filled with all kind of flowers which she planted, roses, lilies, peonies, daisies, petunias. Her favorite time of the year was Christmas and enjoyed decorating her Christmas tree and her home. She enjoyed the Annual Church Picnic, first at Saint Casimir’s and then Holy Angels, contributing many baskets for the raffles.
Norma is survived by her two sons and their spouses, Mark and Kimberly Zlocki of Lititz, Pa. and Chris Zlocki and Courtney Harrison of Denver, Co.; and one daughter, Karla Zlocki, of Kulpmont; numerous in-laws, great grandchildren, grandchildren, nieces and nephews.
She was preceded in death by her parents, Giovanni and Zita Petrucelli; husband, Stanley; her son, Stanley; brothers, Joseph and Robert Petrucelli; six sisters, Maria Petrucelli, Irene Burkholder, Rita Lombard, Elda Petrucelli, Inez Johnson and Victoria Sullivan.