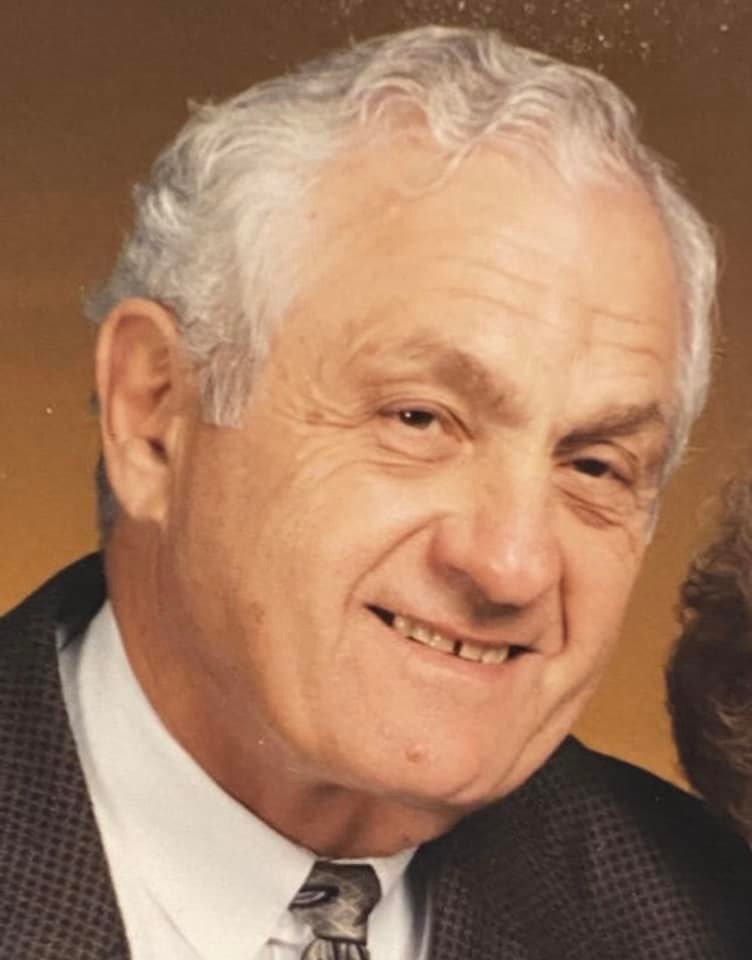 Pete Maropis , 96, passed away peacefully in his Burgettstown home on December 16, 2021, with his loving wife and best friend for the past 69 years, Marguerite, at his side.
Pete was the son of Speros and Argero Maropis who migrated to the U.S. in the early 19th century from the island of Crete, Greece. Pete was born in Langeloth, PA, on September 27, 1925. He was a graduate of Union High School, Class of 1943, distinguishing himself academically as well as in athletics.
Following graduation, he enlisted in the US Coast Guard and served as a radioman aboard search and rescue seaplanes in the Pacific until the end of WW2.
After receiving an honorable discharge, he was offered football scholarships to the University of Georgia and St. Mary’s College in California. He declined those offers and chose instead to attend Alliance College in Cambridge Springs, PA along with several high school teammates.
At Alliance, he excelled in football, basketball, and baseball, eventually signing a professional baseball contract with the Pittsburgh Pirates.
Starting in Class B, Davenport, Iowa, and in spite of the two and a half years he spent in the military, he advanced to the Pirates’ Class AA affiliate in New Orleans, LA. At that time, and due to his age, he decided he needed stability in his life and married his hometown sweetheart, Marguerite Martinez on August 11, 1952.
Following his professional baseball career, Pete accepted a position with an athletic equipment reconditioning company, Ivory Systems, which became All-American Medalist, and is now Riddell Sports. In a short time, Pete advanced to regional manager, a position that lasted until his retirement.
Pete was predeceased by his parents, his son, Pete, and four brothers: Angelo, Chris, Nick, and George. He is survived by sons Mike (Debbie) and Patrick(David Butler) and daughter-in-law Kathy, grandchildren Pete, Matthew (Kayla), Michal Jane (Joseph) Newman and Derek (Brooke), and great-granddaughter Mia. Surviving, in addition to immediate family members, is a sister, Freida Sprando, a brother, Petro (Despina), and many loving nieces, nephews, cousins, and close friends. May his memory be eternal and his soul rests in eternal peace.