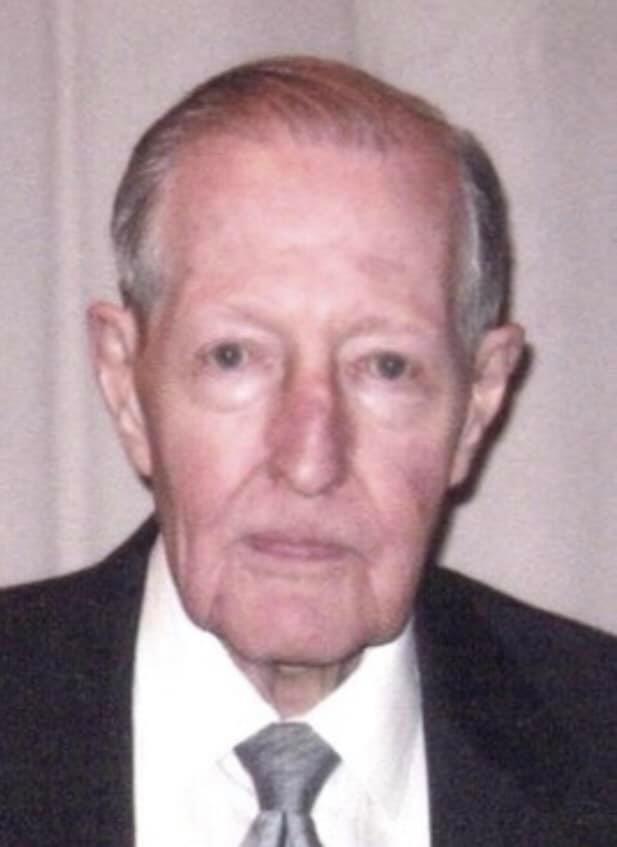 He was born July 26, 1926, in Corry, Pennsylvania, the son of the late George E. Blystone and Rose Lundmark Blystone. He married the former Eleanor Ida Mannarino on December 28, 1948, and she preceded him in death on June 18, 2007.

Peter received his baccalaureate degree from the University of Pittsburgh in 1948. He received his Juris Doctorate from Duquesne University School of Law in 1952 and was admitted to the Crawford County bar the same year.

In his younger years, he was an avid golfer and outdoorsman. He enjoyed working on the grounds at his home in West Mead Township where he resided for sixty-five years.

He was a former member and president of The Country Club (Meadville), an honorary senior member of the Taylor Hose Company and an honorary life member of the John Stanley MacDuff Post 381 of the American Legion, Cambridge Springs.

In addition to his spouse and parents, he was preceded in death by his daughter, Sandra L. Wolfgang, and his brother, Charles L. Blystone, who was also a Crawford County attorney.

He is survived by his son, Curtis E. Blystone, of Meadville, and his daughter, Ruth “Casey” Blystone and granddaughter, Shelby Rose Blystone, both of Redondo Beach, California.

Friends may call on Tuesday, July 20, from 6 – 8 pm at Van Matre Funeral Home in Cambridge Springs. A private funeral service will be held on Wednesday morning with interment to follow at Cambridge Cemetery.

The family wishes to thank the caregivers of Wesbury for the fine care given Peter during the last sixteen months of his life. Memorials may be made to The Wesbury Foundation, 31 N. Park Ave, Meadville, PA 16335 or John Stanley MacDuff American Legion, Post 381, P.O. Box 31, Cambridge Springs, PA 16403.