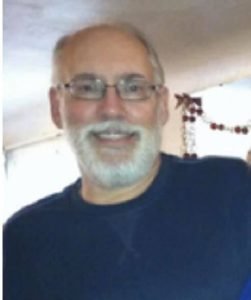 He was a loving, doting, hilarious, and warm husband, father, son, brother, uncle, and friend. Bob met the love of his life, Louise, at Sunny Jim’s in 1983, and they shared their love for one another for the next 38 years.
Bob graduated from Avonworth High School in 1971 and from Alliance College with a Bachelors of Science in Chemistry in 1975.
He worked most recently as a Research Manager at Corcom Inc. following a 28-year career as a Production Superintendent at Neville Chemical Company. Bob loved reading, expressing his love through music, and traveling. He met his true calling as the father of Eric and Rachel and loved them beyond measure.
He was a coach, chauffeur, confidant, dog dad, and jokester. After he suffered a paralytic stroke in 2013, Bob fought hard and remained a source of love, laughter, and joy in his family’s life. Bob joins his mother and father (Ruth and Henry), aunts and uncles, and two of his dogs (Kayla and Kita) in heaven. His loving memory will live on in the hearts of his wife Louise, his son Eric, future daughter-in-law Brittany, his daughter Rachel, future son- in-law Carter and his dog Boomer. He is survived by his brothers Tom (Anne), Richard (late, Patty) , Danny (Sara), Bernie (Elaine), and his sisters Sheila and Pam, as well as his wife’s family, who also loved him.