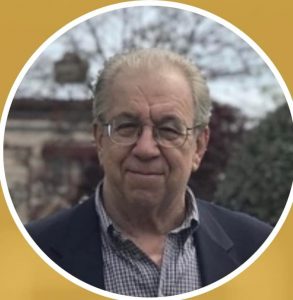 Robert J. Timinski passed away on Monday, June 20, 2022 at JFK Medical Center in Edison. He was 74 years old.
Born on November 23, 1947 to the late Mary and Frank Timinski in South Amboy, he grew up in Woodbridge, graduating from St. Marys High School in Perth Amboy in 1965. Bob was a terrific athlete, starring in basketball and baseball.
He then went on to Alliance College in Cambridge Springs, Pa. where he played basketball and graduated in 1969. He resided in the Port Reading section of Woodbridge Township for most of his life, as well as a short time in Boca Raton, Fl.
Mr. Timinski started his tremendously successful retail career at Abraham and Straus in Brooklyn, NY. He then worked at Herman’s World of Sporting Goods, headquartered in Carteret, ultimately becoming the Vice President of Merchandising. Next up was the Sports Authority in Fort Lauderdale, Fl. where he rose to be the Executive Vice President and Chief Merchandising Officer. In semi-retirement, he founded the family owned business Central Jersey Home Furnishings, located in Edison in the Raritan Center.
He was also the driving force and creator of one of the most popular basketball training facilities in all of NJ, The Basketball Warehouse.
He was a United States Army veteran of the Vietnam era and a communicant of Saint Anthony of Padua Catholic Church in Port Reading. Incredibly unselfish, Bob influenced the lives of many young basketball players during his time coaching Youth Sports. Fords Rec Basketball, St. John Vianney CYO, NJ Demons and a local travel team that he created called Team USA Basketball.
He also spent countless hours in the backyard teaching kids of all ages the game of basketball.
A loving husband, terrific father and an amazing “Grand Pop” to his 6 Grand Children who he loved more than anything in the world.
In addition to his parents, Robert was predeceased by a brother, Kenneth Sable.
Surviving are by his wife, Jane Shafranski Timinski of Port Reading; sons, Robert Timinski and his wife, Heidi, of Woodbridge and Mark Timinski and his wife, Jennifer, of Colonia; sister, Maryanne; and grandchildren, Brooke, Bailey, Bobbi Jo, Riley, Brady and Devin Dmitrzak and his wife Elisea.
In lieu of flowers, donations to Woodbridge Township Youth Recreation Council in Robert’s memory would be greatly appreciated by his family. All donations will be used to support the children of Woodbridge Township playing sports. (Please make check payable to the W.T.Y.R.C. and mail to Department of Recreation 600 Main St, Woodbridge, NJ 07095)