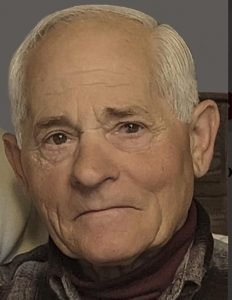 Terry Darcangelo, 75, of Cambridge Springs, passed away at his home surrounded by his loving family on Monday, November 7, 2022, after a long and courageous battle with prostate cancer.
Son of the late Terrence “Ben” Darcangelo and his wife, Eileene, Terry was born in Grove City, PA on April 16, 1947. After graduating from Cambridge Springs High School in 1965, Terry served in the Army National Guard for six years. He was a PGA Club Professional and worked at several golf courses in the region before attending Alliance College and Edinboro University where he earned his degree in education.
Terry was a dedicated social studies teacher at Cambridge Springs High School where he worked for nearly 29 years before retiring in 2004. Along with his love for golf, he enjoyed the outdoors and wildlife which led him to work at the Riverside Golf Course as the greens mower since 2000.
On October 17, 1981, Terry married the love of his life, Ruth Lorraine Boyko. They shared 41 wonderful years together. In addition to his wife, Terry is survived by his son, Terry Darcangelo, of Edinboro; a stepson, Steven Parkin and his wife, Dyan Jones, of Erie; a sister, Marcia Darcangelo, of Alexandria, Virginia and her fiancée, Michael Kaluza, of Hudson, Ohio; two brothers, Thomas Darcangelo and his wife, Lorie, of Meadville, and Richard Darcangelo and his wife, Debra, of Saegertown; several nieces and nephews; and his beloved dog, Riley.
The family would like to thank AHN Saint Vincent and Interim Healthcare Hospice for their care.
Friends may call at Van Matre Funeral Home in Cambridge Springs on Friday, November 11, 2022, from 2:00-4:00 and 6:00-8:00 pm. A funeral service will be held there Saturday morning at 11:00 with the Rev. Tommy O’Leary officiating. Interment will follow at Cambridge Cemetery. In lieu of flowers, please consider a donation in his name to Tamarack Wildlife Center, 21601 Stull Road, Saegertown, PA 16433. To send condolences, please visit www.vanmatrefuneralhome.com
He will be so dearly missed.