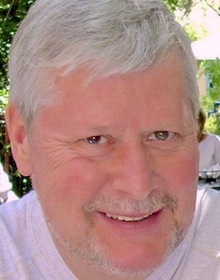 Thomas E. Olszewski was born on October 20, 1942 in Pittsburgh Pennsylvania, the son of Eugene and Agnes (Malczak). He attended Central Catholic High School and earned a B.S. in Biology at Alliance College, an M.Ed. in Counseling at Duquesne University and a Post Master’s Certificate at the University of Pittsburgh as part of an Experienced Teachers Fellowship Program. He married Jo-Anne Olszewski (nee Provenzano) in 1968. They remained soulmates for 52 years. They lived in Pittsburgh for 7 years and moved to Fort Lee, NJ where they raised their children, Thomas and Sarah.

Tom began his career teaching biology. After completing his graduate studies, he managed an extensive Model Cities Early Education Program in the Turtle Creek Valley area. He changed gears with the technical revolution and moved on to project management for Time Share Resources and Digital Equipment Corporation. While others were “excessed,” Tom thrived as DEC was acquired by Compaq and merged with Hewlett-Packard. He retired in 2012. Tom and Jo-Anne moved to Highlands NJ in 2014, relishing the chance to live on a mountain by the ocean.

Tom Olszewski enjoyed his life. He was incredibly loyal to his family, friends and faith and did his best to keep those ties strong. He wasn’t a firecracking force that needed to burn brightly and take over the sky. He preferred to be a soft glow that warmed the souls of those he loved. His instincts drew him to people in need of encouragement, support and/or a safe “ear” to hear their fears, joys and sorrows. He kept his sage advice on the side as he listened. His wise soul knew that when he gave others the chance to voice the issues their brains and souls grappled with; the best solutions were often in ourselves.

In addition to his beloved wife, Jo-Anne, Tom leaves behind his son Thomas Olszewski (Beth), daughter Sarah Comstock (Dennis) and his sister Elise Babiak (John). Tom was a beloved ‘Grumpy’ to his two grandchildren, Jackson & Natalie Comstock as well as step granddaughters Nina Kane (Lucas), Vicki Martin (Sevy) and their families, plus countless nieces, nephews and cousins and friends.