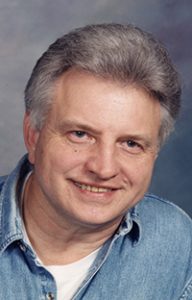 Thomas (Tom) John Jarzab, 77, of Rouseville, Cornplanter Township, died unexpectedly on Sunday, December 8, 2019, as the result of an accident in Cranberry Township.

A lifelong devout Catholic, Thomas maintained a deep devotion to the Blessed Virgin Mary and prayed the Rosary daily. Fittingly, therefore, he was summoned to his heavenly home on the Blessed Mother’s Feast Day of the Immaculate Conception.

Thomas was born on December 24, 1941, son of the late Peter Simon Jarzab and the late Cecelia Aneila Olszowka. He attended Assumption BVM grade school and then graduated from Oil City Senior High School in 1959. After working a summer job cutting trees, he enrolled at Alliance College in Cambridge Springs and graduated in 1964 with a Bachelor of Science Degree in Chemistry. While attending Alliance College, he was a member of the Sigma Tau Gamma fraternity, served as president of the science club, played on the varsity golf team and participated in radio club.

After college, he joined the United States Navy and attended Officer’s Candidate School. He served aboard the USS Nimitz as a disbursement clerk and was honorably discharged in 1966.

Returning home, he was employed by Pennzoil Company for 34 years as a quality control chemist in the Pennzoil refinery laboratory in Rouseville. While working at Pennzoil, he attended the University of Pittsburgh at Titusville and graduated with an Associate Degree in Business Administration.

On May 18, 1968, he married his college sweetheart, Cynthia Cvetic Jarzab, in a nuptial ceremony at St. Venantius Church in Rouseville and in 2018 their children honored them with a 50th anniversary party.

In addition to his wife, Thomas is survived by two sons, Thomas Louis Jarzab of Pittsburgh and Joseph Peter (Erica) Jarzab of Erie, and a daughter, Kathryn Mary (Jason) Kuttenkuler also of Erie and three grandchildren, Clara Marie Jarzab, Lucy Jo Kuttenkuler, and Finn Greyson Kuttenkuler all of Erie.

He is also survived by his brother, David John Jarzab, and his sister Patricia Jarzab Walters, both of Oil City, two sisters-in-law, Virginia (Gilbert) Glenn of Gibsonia and Jean Ann (Richard) Simmen of Allison Park.

Thomas was a third-degree member of the Knights of Columbus, Titusville Chapter. He also belonged to the Oil City PNA Club #905 and served as their president for two years. Additionally, he belonged to the Pulaski Club, and the Rosary Prayer Group formerly at St. Venantius and currently at St. Stephen Church. He was a faithful parishioner and served on the parish council of St. Venantius until its closing where upon he joined St. Joseph Church in Oil City.

He served on the UPMC NW Hospital Board and the Drake Well Museum Board. He took great pride in fulfilling his civic duties as one of the supervisors for Cornplanter Township from January 1994 to December 1996, and again from January 2014 to his death. He maintained an ardent commitment to the Alliance College Alumni Association, an organization for which he was one of the original founding fathers and served on the Board of Directors.

In his recreation time, Thomas loved to be with his family, especially his beloved grandchildren. He loved to read to them and repair any of their broken toys. He also enjoyed setting up and running model trains and flying kites and model airplanes. In his younger days, he was an avid golfer. His favorite TV shows were “Red Green,” “Doctor Who,” “Doc Martin,” “Nova,” and science shows.

Thomas was a devout attendee at Catholic Masses, Holy Hours, and a Rosary Prayer Group. He was a generous donor to many charitable causes, a skilled Mr. Fix-It Handyman, and a loving devoted husband, father, church member, neighbor, community leader, and a friend to everyone.

A Mass of Christian Burial will be held on Saturday, December 14, at St. Venantius Church in Rouseville at 11 am with the Rev. Christopher Singer officiating.

Interment will be in Calvary Cemetery with full military honors accorded by the VETS Honor Guard.

Memorial contributions may be made in Thomas’ name to The Life Center, the Oil City Library, or St. Joseph Church.