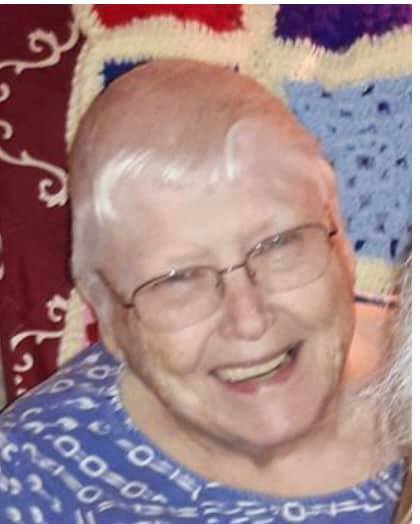 NEW BEDFORD: Christine Donna Jane Soares, loving wife, mother, grandmother and great grandmother, passed away unexpectedly on August 14, 2020, at St. Luke’s Hospital in New Bedford, MA. Born in Irvington New Jersey on July 27, 1943, she was the daughter of the late John and Anne Sidwa and is predeceased by her sisters Francis Gabrielle Gruszczynski and Miriam Carole Paynter.

After graduating Newark Arts High School where she excelled in art she went on to try her hand at college attending Alliance College in Cambridge Springs, PA.

After about a year and searching for her place, she opted to enlist in the United States Marine Corps with her girlfriend Donna. It was there where she met the man she would marry, Richard. Christine often told of how she met her husband, “I walked into the recruiting office and there he was, hungover, his eyes bloodshot and I told my girlfriend, that’s the man I’m gonna marry.”

She often laughed as she remarked that her girlfriend looked at her and replied “you’re crazy.” Although she never completed basic recruit training she nevertheless pursued the man of her dreams, finally marrying him in May 1970. They celebrated their 50th wedding anniversary this year.

She worked as a certified nurses aid for many years at St. Luke’s Hospital and numerous nursing homes throughout the City of New Bedford. Christine would also go on to work for A&P Supermarkets and later Stop & Shop supermarket as a deli clerk.

A devoted mother and grandmother, she was a Cub Scout Pack leader, Den Mom, a member of the GNBRVTHS Boosters and a Dance mom.

She was also a 2-time cancer survivor, surviving breast cancer in 2004 and most recently lung cancer in 2019.

She was a communicant of the Holy Name of the Sacred Heart of Jesus Church as well as a member of the VFW Ladies Auxiliary.

She loved knitting, crafting, gardening, reading, dragons and watching her beloved Minnesota Vikings and New York Mets as well as spending time with friends and family.